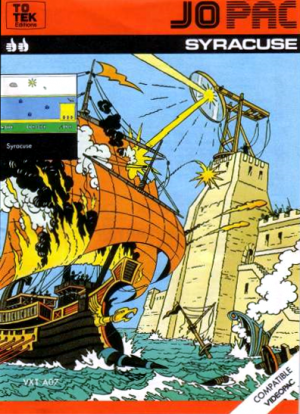 In the year 213 B.C. the town of Syracuse in southern Sicily, was besieged by the troops of the Roman consul Marcellus. The battle lasted three years, giving Archimedes time to perfect his ingenious system for defending Syracuse. Archimedes' idea was to reflect the sun off a mirror onto the enemy ships. The sunlight reflected in this way would be concentrated enough to set fire to the Roman warships. Despite a heroic defense, the Romans won. As for Archimedes, he was so absorbed in a geometry problem when the Romans landed, that he was killed by a Roman soldier because he refused to answer his questions. With the Syracuse game you will be able to be part of this historic event as often as you like. So, to your joy-sticks ! And do not forget that the battle must start at sunrise and finish at sunset.