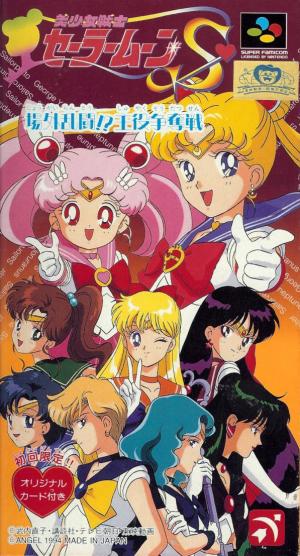 Bishoujo Senshi Sailor Moon S: Jougai Rantou!? Shuyaku Soudatsusen is a Japanese fighting game. The game features three game modes: A single-player plot-based Story mode, as well as a Tournament mode and 2-Player Versus mode where all the Sailor Soldiers are able to be selected including the Outer Soldiers. Sailor Saturn is the only Soldier not featured in the game. The Sailor Senshi are fighting to choose a new leader. After defeating an enemy, Sailor Moon was teased by Sailor Chibi Moon and Sailor Mars, who called her undependable. The rest of the Sailor Senshi then decided to have a contest to choose a new leader.