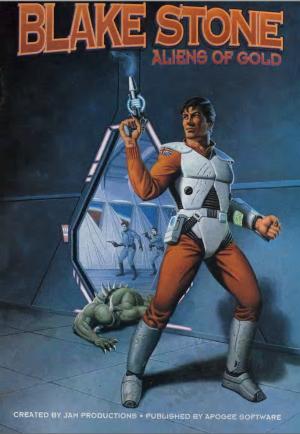 The story is set in the year 2140. Robert Wills Stone II - a.k.a. Blake Stone - is an agent of the British Intelligence, recruited after a highly successful career in the British Royal Navy. His first major case is to investigate and eliminate the threat of Dr. Pyrus Goldfire, a brilliant scientist in the field of genetics and biology, known for his outright disrespect of professional ethics. Backed by his own organization, STAR, Dr. Goldfire plans to conquer Earth and enslave humanity using an army of specially trained human conscripts, modified alien species, and a host of genetically-engineered mutants. Agent Stone is sent on a mission to knock out six crucial STAR installations and destroy Goldfire's army before it can assault the Earth.