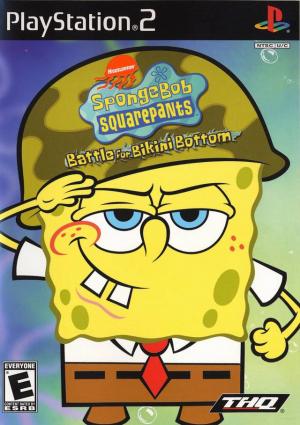 SpongeBob SquarePants: Battle for Bikini Bottom is a 2003 video game based on the animated series of the same name. Developed by Heavy Iron Studios, AWE Games and Vicarious Visions and published by THQ. The game was released for the PlayStation 2, Game Boy Advance, Xbox,and Nintendo GameCube consoles as well as for Microsoft Windows. The player attempts to defend Bikini Bottom from an invasion of robots created by Plankton with a machine called the Duplicatotron 3000. The playable characters are SpongeBob, Patrick, and Sandy. The game was released on October 31, 2003 in North America and in Europe on November 28, 2003.