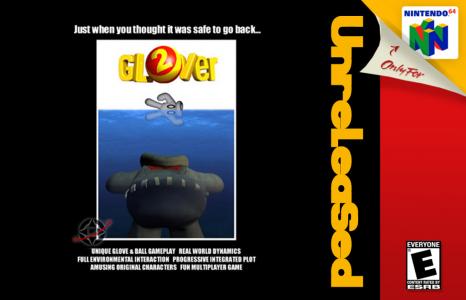 Hasbro Interactive had planned to release a sequel to Glover which had a boxing glove character and was to be released in 2000 named Glover 2 but the idea was scrapped, though gameplay videos and pictures about the game surfaced on nesworld.com, which discovered a work-in-progress version of the game. Just when you thought it was safe to go back... Unique glove & ball gameplay. Real world dynamics. Full environmental interaction. Progressive intergrated plot. Amusing original characters. Fun multiplayer game.