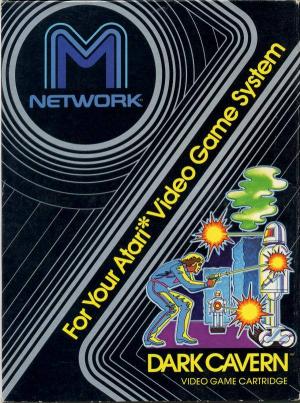 It's a battle for survival in an underground cavern! You have five men. They enter the cavern one at a time through the center trap door. Once inside, blobs, spiders and robots begin to enter the left and right doors. (Neither the creatures nor the man can exit through these doors.) Direct your man down the tunnels. Pick up ammunition as you go. Keep clear of the creatures... avoid robot fire. Shoot to destroy! Get hit by a robot's bullet... action stops. Now bring out your next man... get them before they get you!!!