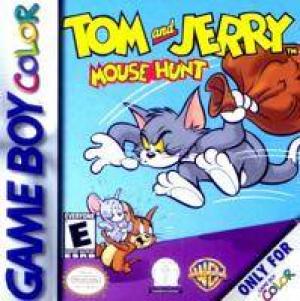 What is the world's favorite cat-and-mouse duo up to these days? Well, just about the same thing they've been up to for the last 60-odd years fighting. Join all of your favorite friends from the long-running cartoon series for an experience that's based entirely on the show. The story will be fairly familiar to anyone who's ever watched the cartoon; Jerry's naïve country cousins are in town for a visit, and Tom is hungry. It's up to Jerry to rescue his cousins from peril in scene after scene, foiling the plans of his starving counterpart. Play as either Tom or Jerry in this battle of wits and reflexes, trying to best your opponent throughout 20 show-themed levels of action. Familiar faces like Spike, Butch, and Ducky make appearances throughout, and there are countless obstacles and power-ups to keep things interesting. Cool cartoon graphics mark this GBC-only release. Play alone or link up and challenge a friend.