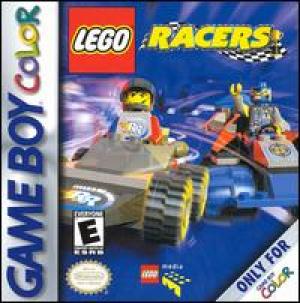 Take your LEGOs where no plastic interlocking pieces have been before: the racetrack. Using the logic and creativity behind the classic multicolored bricks, LEGO RACERS brings the action out to a series of high-speed courses. You get to customize your racer with different bricks and pieces, ultimately creating your very own LEGO dream machine. Try your luck against five other LEGO racers on over a dozen unique tracks each based on traditional LEGO series. Speed through the swashbuckling seas of Space Pirates, see what's in store for your character in Adventurer,; or gallantly rev it up in the Castle setting. Many of the familiar faces from the age-old series of toys make appearances Sam Grant and Captain Redbeard, among others, show up as drivers. There are also plenty of secret items and important shortcuts to discover, so keep your eyes on the road at all times. Whether you're a LEGO-maniac or a die-hard racing fan, you'll want to catch this one.