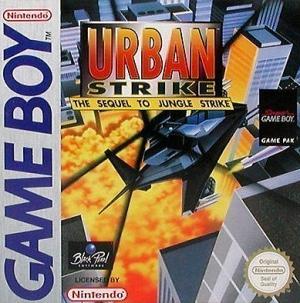 Urban Strike is a video game developed and published by Electronic Arts. It was initially released for the Sega Genesis in 1994, with ports to the Super Nintendo Entertainment System and Game Gear in 1995 and to the Game Boy in 1996. It is the third game in the Strike series, after Desert Strike: Return to the Gulf and Jungle Strike. Save the cities of the U.S.A. from Armageddon in ten spectacular multiple-stage missions! Leave your copter and fight on foot. New choppers and ground assault vehicles. New timed sequences, power-ups and interactive control panels.