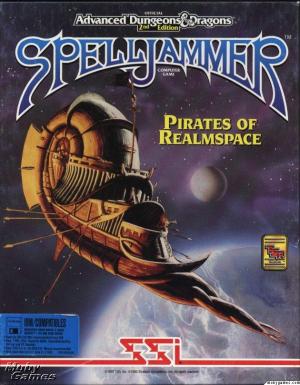 Based on the 2nd Edition of Advanced Dungeons & Dragons (AD&D) Spelljammer rule book, Spelljammer: Pirates of Realmspace leads the player into a fantasy world to a pilot a ship (Spelljammer) that may travel into space and distant planets for exploration and trade. In this game, the player pilots a Spelljammers ship, consisting of several crew members and heroes (which may be equipped with items) as well as the player's main character. Gameplay primarily consists of trading goods between one planet and another as well as completing quests available at each planet.