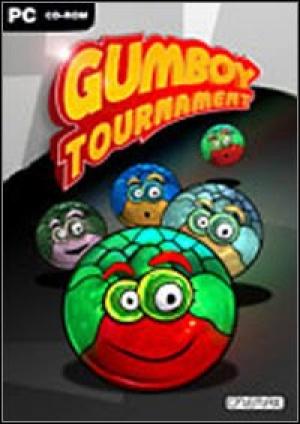 Test your reflexes, judgment and tactics while facing up to eight other players in this follow-up to the critically acclaimed and popular arcade game Gumboy: Crazy Adventures, winner of numerous accolades including Gametunnel's GAME OF THE YEAR 2006. Featuring the same graphically rich, fantasy style that made the original Gumboy so captivating, Gumboy Tournament adds new levels, bonuses, and four new multiplayer modes. Players can now compete in the furious capture the flag mode, fight to control valuable territories, frantically collect diamonds or race through control points. All this is played out in highly complex levels full of spiral chutes, fountains, waterways and even outer space?complete with planets and sudden gravity changes.