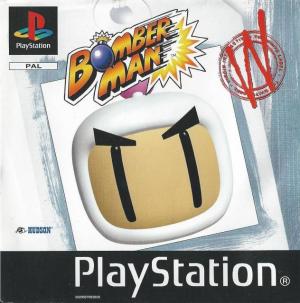 Bomberman (ボンバーマン Bonbāman?) is an arcade-style maze-based video game developed by Hudson Soft. The original home computer game Bomber Man (爆弾男 Bakudan Otoko?) was released in 1983 for the MSX, NEC PC-8801, NEC PC-6001, Sharp MZ-700 and FM-7 in Japan, and a censored version for the MSX and ZX Spectrum in Europe as Eric and the Floaters.[1] It had a Japanese sequel known as 3-D Bomberman, in which Bomberman navigates the maze in the first-person. In 1985, Bomberman was released for the Family Computer. It spawned the long-running series with many installments building on its basic gameplay. The earlier game Warp & Warp by Namco is most likely the inspiration for the Bomberman gameplay.