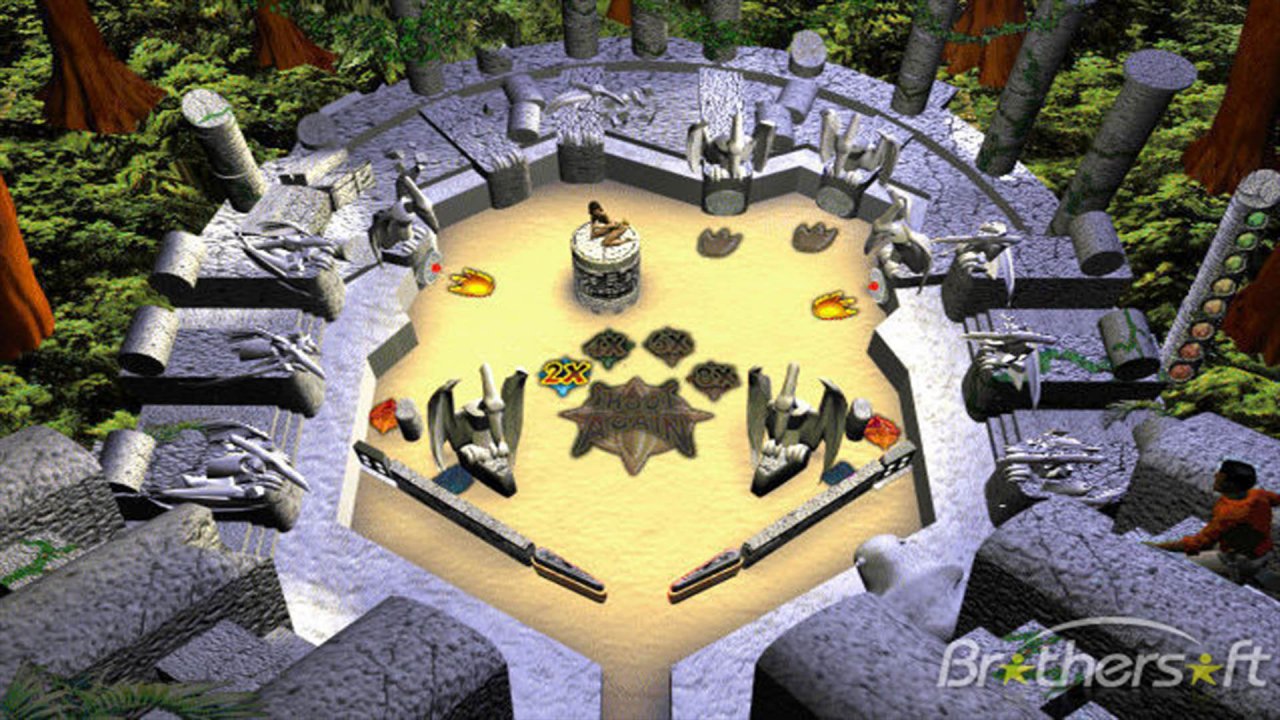 Lost Continent(1997) had a Jurassic Park-like set. It followed a storyline, in which a plane falls on an island where an evil genius, Heckla, has created dinosaurs of other animals and the cavemen who live there. Professor Spector, his assistant Mary, and adventurer Rex Hunter try to escape back to the modern world, rescue Neeka (a tribal woman), and stop Heckla and his army of robots. It has no challenges, but features 16 tables, divided in 3 "sectors": Jungle, Temple and Chambers (Heckla's Lab). 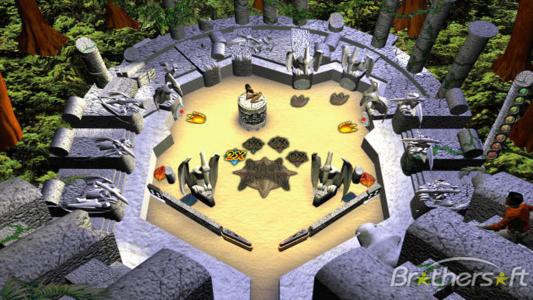 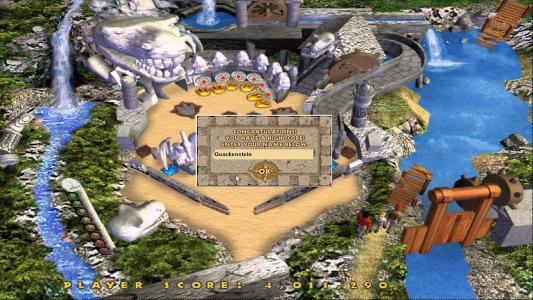