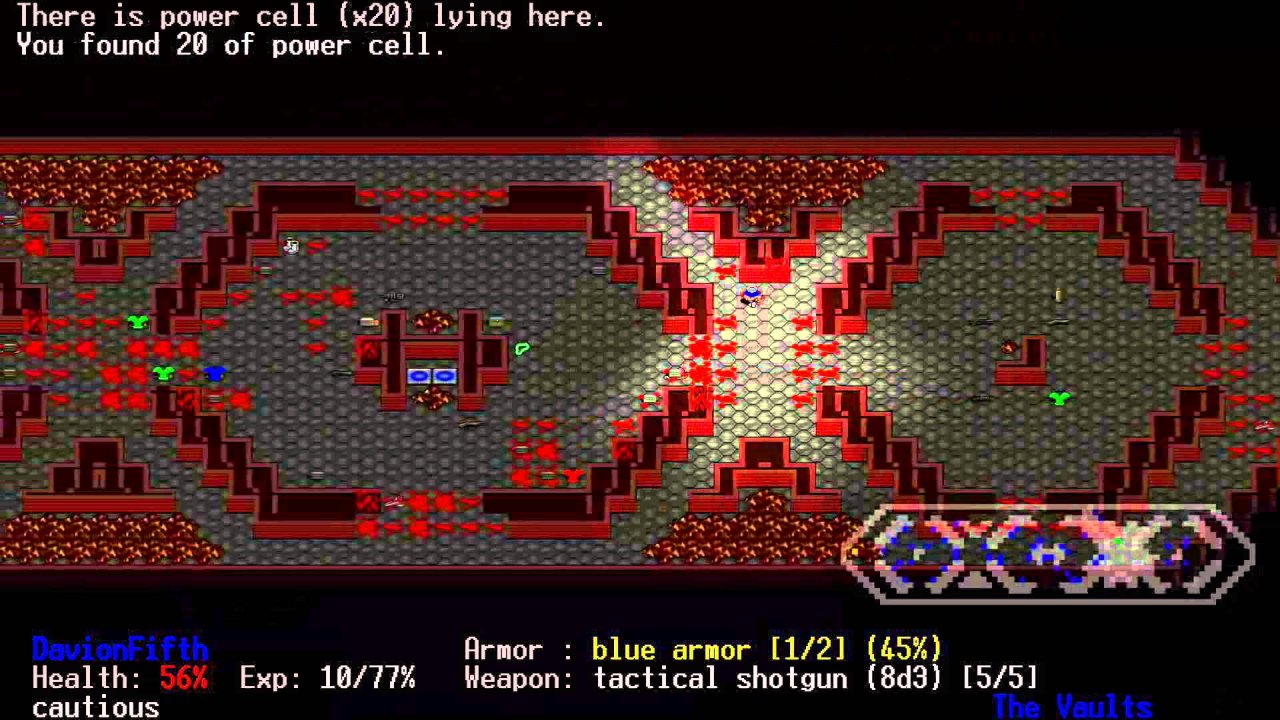 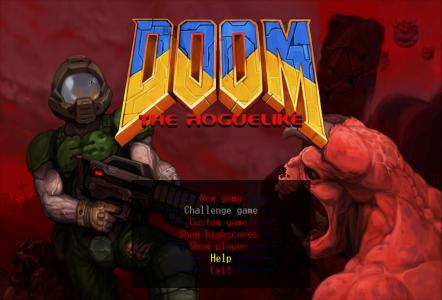 DoomRL is turn-based, offers a top-down interface formed entirely of ASCII characters, and features a character leveling system with traits. As it is based upon Doom, the game is more fast-paced and combat-oriented than usual for a roguelike, and relies heavily on ranged rather than melee combat. A limited player inventory, non-stackable items, and other design choices contrast with the often extreme intricacy of games in its genre. As of 0.9.9.6, Derek Yu's graphical tileset is now the game's default, offering an alternative to the more traditional ASCII rendering. DoomRL includes the entire Doom soundset (although a significant subset of the sounds are not presently used) and music library, with optional support for high-quality MP3s. 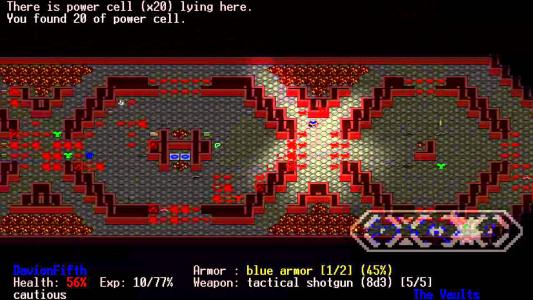