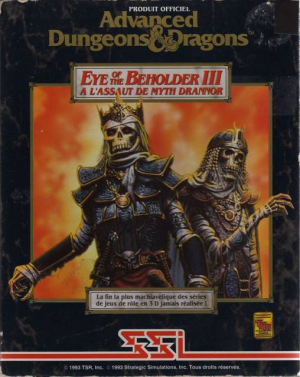 After defeating Dran the heroes tell the patrons of a local tavern about their success over Dran Draggore and how it saved the town. After that, a mysterious man enters the tavern and asks the heroes to save the ruined city, Myth Drannor, which is ruled by a Lich named Acwellan. The man then tells the heroes that they need to save Myth Drannor by getting an ancient artifact from the Lich known as the Codex. After the heroes foolishly accept the quest, the mysterious man teleports the heroes just outside of Myth Drannor.