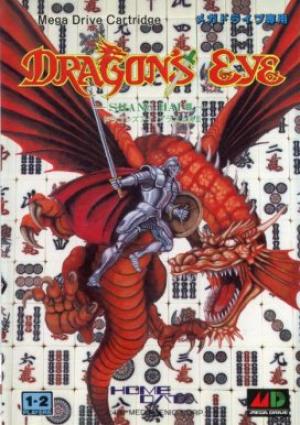 Dragon's Eye Plus: Shanghai III (ドラゴンズアイ プラス 上海III) is a 1991 game by Home Data for the Sega Mega Drive released exclusively in Japan. It is a member of Activision's Shanghai series of mahjong solitaire games — to be precise, it is a port of the Japanese version of what the Western market got as Shanghai II: Dragon's Eye; the numbering discrepancy was because of a Japanese Shanghai II that had already been made. Activision were not happy with this version of the game, and instead produced their own Shanghai II: Dragon's Eye for the Western market.