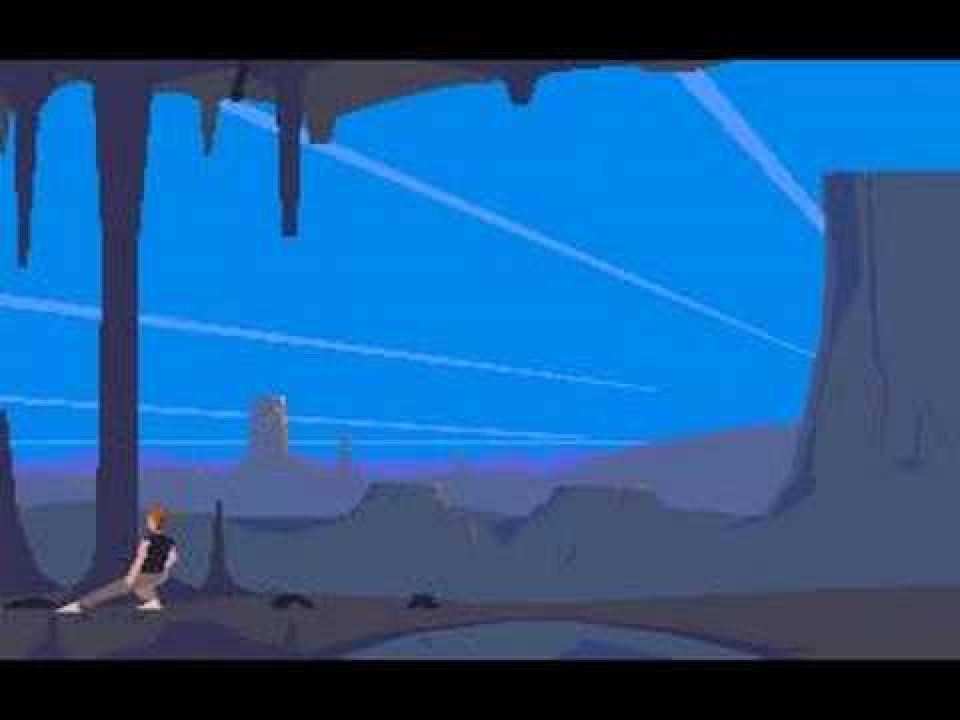 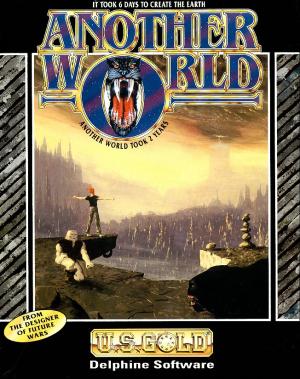 Also know as: Out Of This World

Another World, also known as Out of This World in North America and Outer World (アウターワールド Autā Wārudo?) in Japan, is a 1991 cinematic platformer action-adventure game designed by Éric Chahi for Delphine Software. The game tells a story of Lester, a young scientist who, as a result of an experiment gone wrong, finds himself in a dangerous alien world where he is forced to fight for his survival. Originally developed for the Amiga and Atari ST and later released for the Apple IIGS and DOS platforms, the game was widely ported to other contemporary systems. Later efforts resulted in several game engine recreations for the game that permitted it to run on modern computers, consoles and mobile phones. In 2006, Chahi independently released a 15th Anniversary Edition for Windows which allowed the game to be played on modern computers with original or enhanced visuals; following up in 2011 for its 20th anniversary, ports of the game were prepared for iOS and Android based devices. Another World was highly innovative in its use of cinematic effects in both real-time and cutscenes, which granted the game praise amongst critics and commercial success. It also influenced a number of other video games and designers. Another World is a platform game, featuring a control scheme wherin the player uses either the keyboard, joystick or gamepad to make the protagonist run, jump, attack and perform other, situation specific actions such as rocking a cage back and forth. In the initial part of the game, Lester is unarmed, as he is able to kick at small creatures but is otherwise defenseless. Later in the game, the player acquires a laser pistol from a fallen foe. The pistol has three capabilities: a standard fire mode, the ability to create force fields to block enemy fire, and a powerful charged shot that can break through force fields and some walls.[3] Eventually, Lester also gains a plasma ball that can be used like a grenade to defeat foes (not featured in the original Amiga release). Enemies also have the same capabilities, requiring the player to take advantage of the three gun modes and the environment to overcome them. Lester and his alien ally cannot sustain any damage, and the game ends immediately if either of them is struck by a projectile or comes in contact with an animal or an environmental hazard.[4] However, the game uses numerous checkpoints enabling the player to keep restarting at the last point indefinitely. On the Amiga and older consoles without the ability to save a game, the player can write down an alphanumeric code for these checkpoints and re-enter it when restarting the game later. The game provides no clues as to what to do next, features no HUD (with an exception of oxygen bar during the swimming sequences) and no on-screen text, and the characters the player meets speak in unintelligible alien 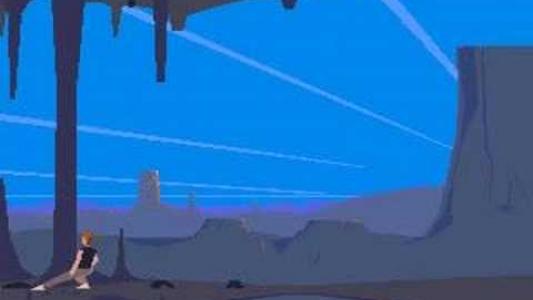