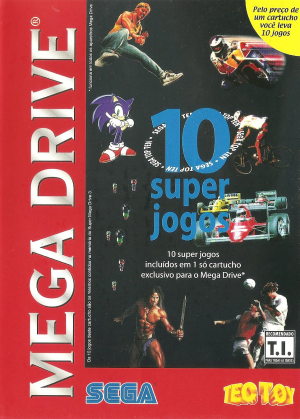 Mega Games 10 is a compilation of ten Sega Mega Drive games. It has thus far only been released in Brazilian and Asian markets. In Brazil, the game was released twice. Once as Sega Top Ten, which was bundled with a model of the Tectoy Mega Drive III, and later as a stand-alone release as 10 Super Jogos.