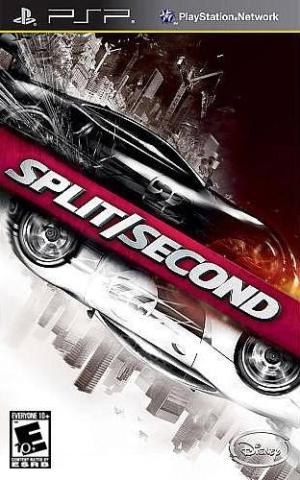 Split/Second, released in the UK as Split/Second: Velocity, is an arcade racing video game developed by Black Rock Studio and published by Disney Interactive Studios for Microsoft Windows, PlayStation 3, and Xbox 360. Revealed in March 2009, the game was released in May 2010[1] and was later released for OnLive in June 2011.[2] In the game, players take part in a fictional reality television show, consisting of a variety of events, each focusing on destructible environments triggered remotely by driver actions known as "powerplays".[3] Split/Second was ported to the PlayStation Portable.[4]