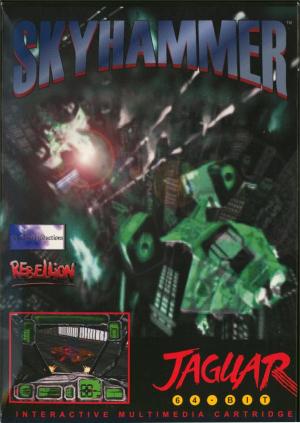 In a futuristic city, you are a mercenary pilot flying a helicopter-like craft in cyberspace. Hired by the large corporation Cytox, you are to defend its corporate holdings from those who seek to destroy all it has accomplished. The numerous missions involve flying to several large cities and hunting down the renegades who threaten them. You have a cockpit view of the city as you hunt down your enemies and dock at the Cyber Mart for repairs. As you destroy your enemies and complete missions, you can earn credits for buying more supplies, weapons and ship upgrades at the Cyber Mart. Play in Mission Mode or Battle Mode. To win the game, you must complete each mission successfully. The enemies become more tough as you progress through the "levels" of gameplay.