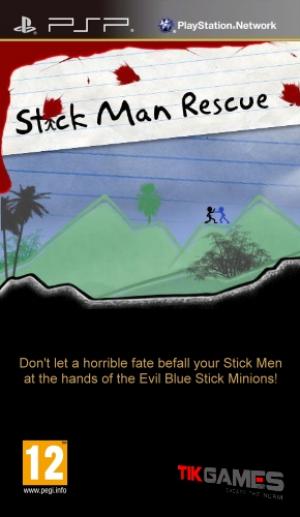 Countless innocent stick men will perish unless players do their heroic duty and rescue them in Stick Man Rescue. In this action/arcade game, players must pilot a futuristic troop transport copter as they fly through thirty dangerous levels filled with deadly traps in an attempt to rescue black stick men. The Evil Blue Stick Minions are out in force, with stick murder on their minds. Players must prevent their stick men from being burned alive, smashed, decapitated, blown up, electrocuted, dissolved by acid, and other classic demises. To combat the Evil Blue Stick Minions' zeppelins, paratroopers, and steam rollers, players can power up their copter with weapons like bombs, missiles, flame throwers, and more. Of course, players could just sit back and idly watch their stick men die hilariously horrible deaths...but then they wouldn't finish the level. What to do, what to do?