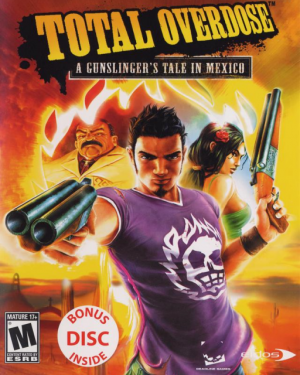 The player assumes the role of Ramiro "Ram" Cruz; criminal turned DEA Agent. He has been sent into the Mexican border city of Los Toros and its surroundings by his twin brother Tommy, who wants him to find out who killed their father Ernesto. The player will be tasked with infiltrating and taking down the biggest drug cartel in Mexico and battling it out with dope dealers, banditos, corrupt Federales and Mexican Army, loco luchadores, guerrillas, and other assorted bad guys. Between story missions the player can do optional challenge missions as he or she wishes, exploring Los Toros and gathering bonuses to rack up a high score.