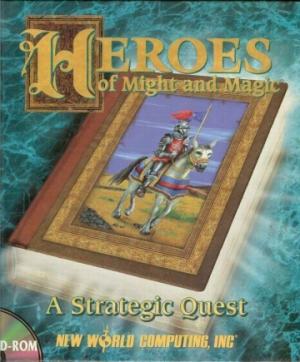 Also know as: Heroes of Might and Magic: A Strategic Quest

Heroes of Might and Magic tells the story of Lord Morglin Ironfist, who is forced to flee his homeland through a magical portal, because his cousin, Ragnar, had usurped the throne after his uncle, Ragnar's father, killed Ironfist's father, the legitimate owner of the throne. He finds himself along with his few followers in a strange and uncharted land, called Enroth. The land is unruled but contested by Ironfist and three other warlords: the barbarian Lord Slayer, the sorceress Queen Lamanda, and the warlock Lord Alamar.