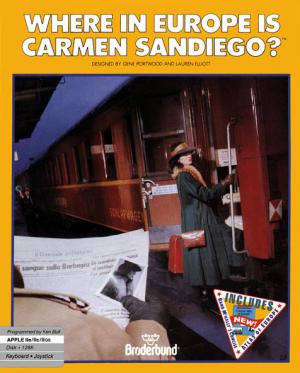 Where in Europe Is Carmen Sandiego?

Where in Europe is Carmen Sandiego? is a multiplatform video game where players have to travel through Europe to collect the clue and the warrant necessary to capture Carmen Sandiego or one of her henchmen. The goal of this game is to track Carmen's villains through the continent and arrest them and ultimately arrest Carmen herself. Production of the game was discontinued in 1990 due to the collapse of the Eastern Bloc of European countries, and the consequent major border and government changes that resulted.