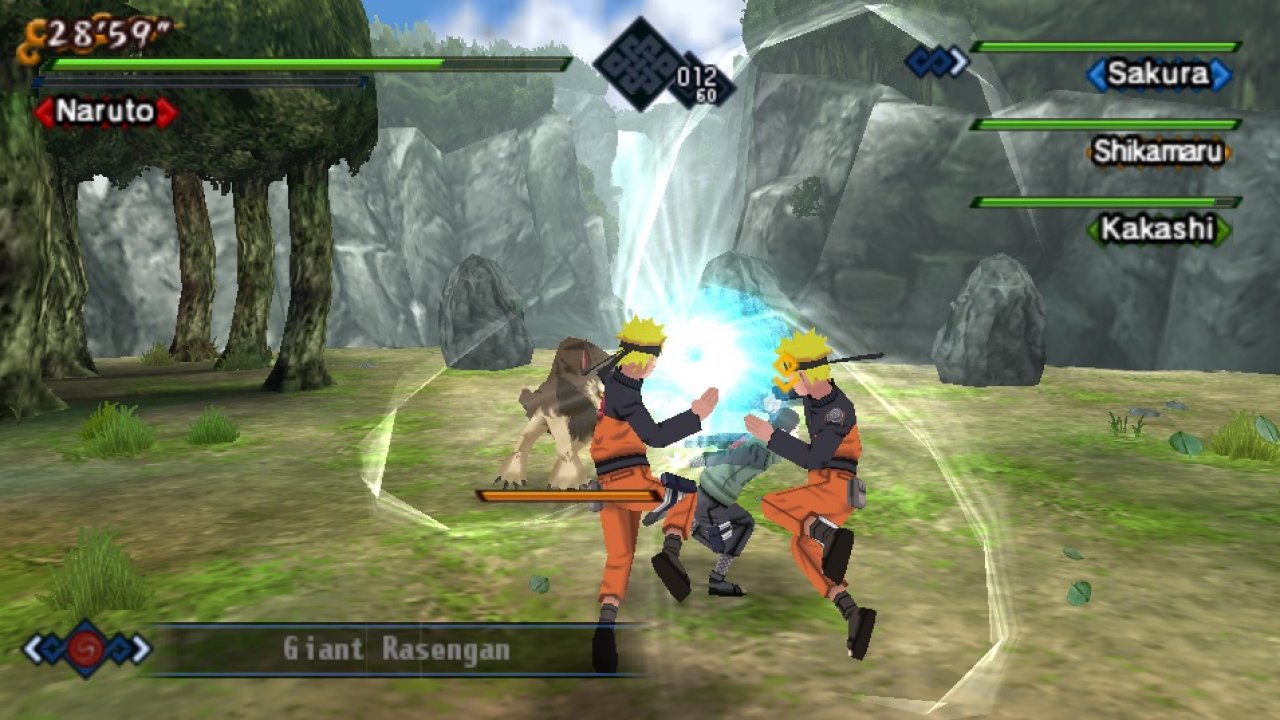 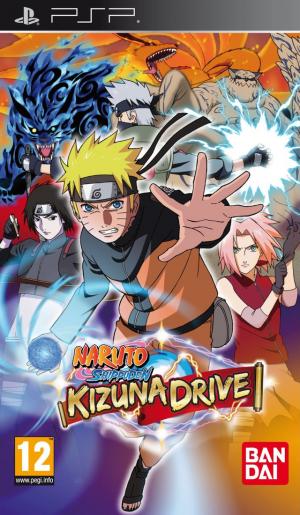 The gameplay retains many of the elements from the previous game. One of the new features is the ability to fight alongside three other allies during levels. Players can assign various scrolls to characters for increase of health, chakra and attack power. In addition, they can equip various ninja tools and techniques for the characters to use. The techniques include long-lasting effects, such as Lee's Eight Gates and Karin's Mind's Eye of the Kagura. The feature to have three allies with you allows the performance of "team attacks", which include the four standing in a square formation and knocking the enemy around and finishing with each performing one of their techniques, resulting in an explosion. The player can call any of the three allied characters to perform a technique on their enemy, resulting in the gaining of Kizuna Points. The higher the amount of Kizuna Points when the mission is finished, the higher the rank you receive on it. Kizuna Points can also be used to revive fallen allies and, if the player falls, an ally will immediately go to revive them if there is enough Kizuna Points. Kizuna Points can also be gained by performing team attacks. The game features many challenges. The main challenges are battles with false tailed beasts. The three that appear are the One-Tail, the Two-Tails and the Nine-Tails. Though they are considerably smaller than the real thing, they posses the same abilities and some unnamed, game-only attacks. Perhaps the greatest challenge is fighting the Three-Headed Guardian Beast, a huge, lion-like monster with power equivalent to that of a real tailed beast. The graphics of the game have been greatly improved since the previous games. 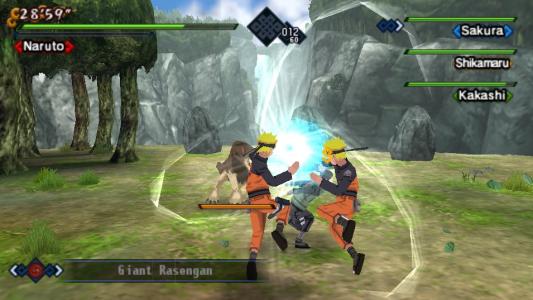