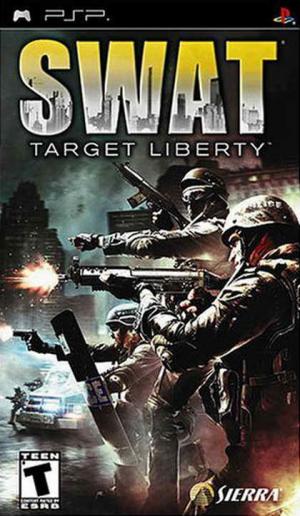 Penned by script writer Scott Rosenbaum (The Shield), SWAT: Target Liberty is set in New York City where the SWAT team is tasked with thwarting an ever increasing number of international terrorist threats. Player's will take on the role of Kurt Wolfe and his New York City SWAT Team in the only true Tactical Squad-Based Shooter on the PSP. Life and death decisions is the norm faced everyday by real-life SWAT teams and gamers are faced with an elite terrorist group that is planning to detonate a nuclear weapon in New York City.