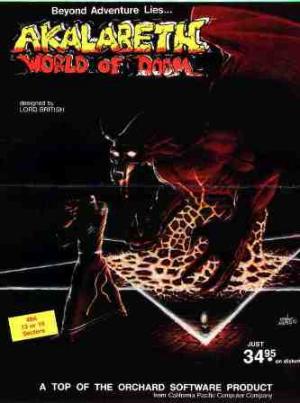 Richard Garriott's dungeon romp provides a chance for RPG fans to take on the role of a hero in the land of Akalabeth, commissioned by a man named British to rid the land of the evil creatures wrought by a sorcerer named Mondain. Throughout the course of this adventure, portrayed through color wireframe graphics and featuring attack-related sound effects, your character explores the world of Akalabeth, performing various tasks for British. The world contains several dungeons, each full of treasure, but also containing dangerous creatures like orcs, skeletons, and giant rats.