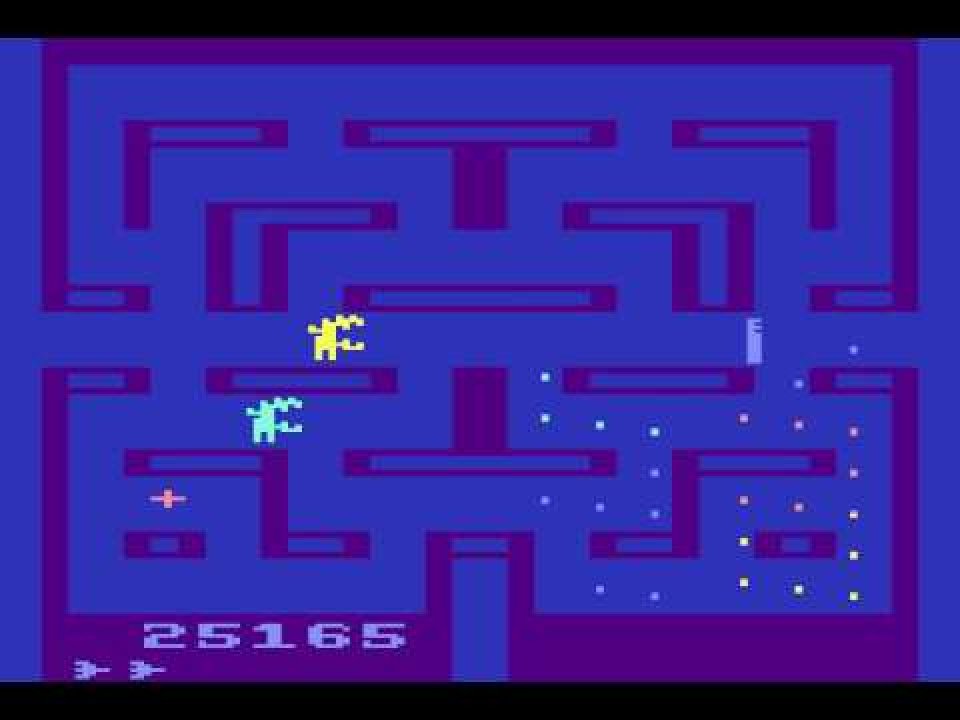 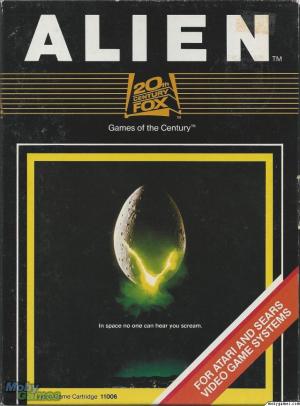 In this game based, loosely, on the movie of the same name, you have to move through a maze (the halls of your ship in the manual), ala Pac-Man, collecting dots (destroying alien eggs). If you collect the power dot (pulsar), you can kill any of the three aliens, for a short time. There are only three enemies in the maze at a time, there is a bonus item at times and only one power dot (pulsar) at a time. When you grab the pulsar, it will next appear in one of two other spots. After you clear one level, you get a bonus game. You have to move up the screen to the prize at the top past several aliens, reminiscent of Freeway. You do not lose a man if you fail but you only have eight seconds to do it then you are off the the next, harder level. 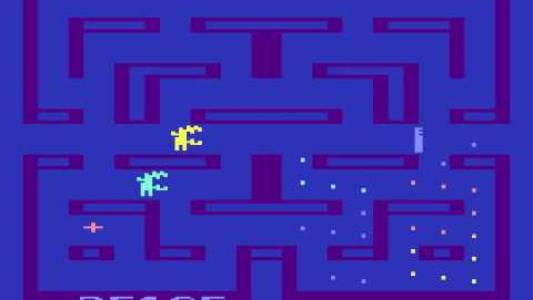 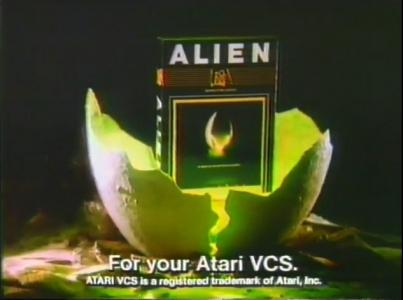