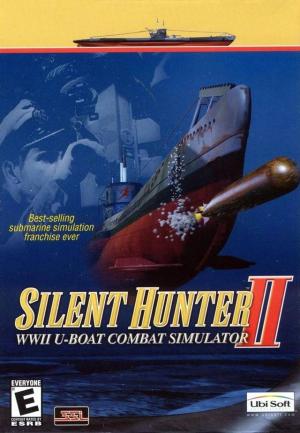 Silent Hunter II is a WWII U-boat combat simulation from Ubisoft for Windows 95/98/ME. It was originally being developed by Aeon Electronic Entertainment, the developers of Silent Hunter, but they had to leave the project unfinished, and Ultimation Inc. finished it. After considerable delays it was released in November 2001. Silent Hunter II gives the player the command of a U-boat during the Second Battle of the Atlantic. The game offers single-player and multiplayer missions. (from https://en.wikipedia.org/wiki/Silent_hunter_2)