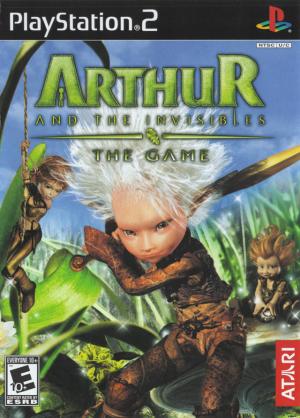 Arthur and the Invisibles: The Game

Arthur and the Invisibles (known in Europe as Arthur and the Minimoys) is a video game based on the 2006 film of the same name by Luc Besson. The game allows players to relive the fantastic adventure of young Arthur and his two pals, Selenia and Bétamèche, in their mission to save the Minimoys' world from destruction. The game incorporate Besson's entire Minimoy universe and its tiny inhabitants (just a couple of millimeters tall) with the richness and extraordinary visuals of the film. Gameplay revolves around the teamwork of the trio (Arthur, Selenia and Bétamèche): players can only progress by cleverly combining the three characters' skills. The DS version of the game consists of playing series of mini-games and raising pet mul-muls that can interact with those from other people's games