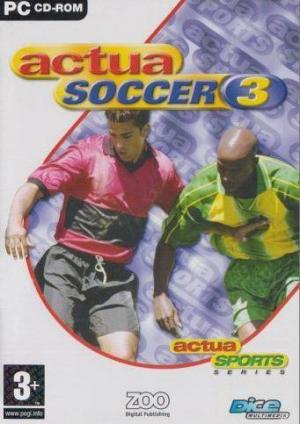 The last of the series, Actua Soccer 3 arrived in late 1998. For the first time, both club and national teams were present, plus other teams (such as Arsenal LFC) and various joke teams. While its predecessor had been criticized for the absence of club teams, Actua Soccer 3 featured a total of 25 leagues with 450 national and international teams, more than any game of the time except the earlier Sensible World of Soccer as well as over 10000 players. The graphics used a slightly improved version of the Actua Soccer 2 engine with much improved weather effects. Trevor Brooking was replaced by Martin O'Neill as Barry Davies' commentary partner. "Let Me Entertain You" by Robbie Williams was the only ingame soundtrack the classical operatic theme Cavalleria Rusticana (Rustic Chivalry) by Pietro Mascagni was played during the game's introduction video.