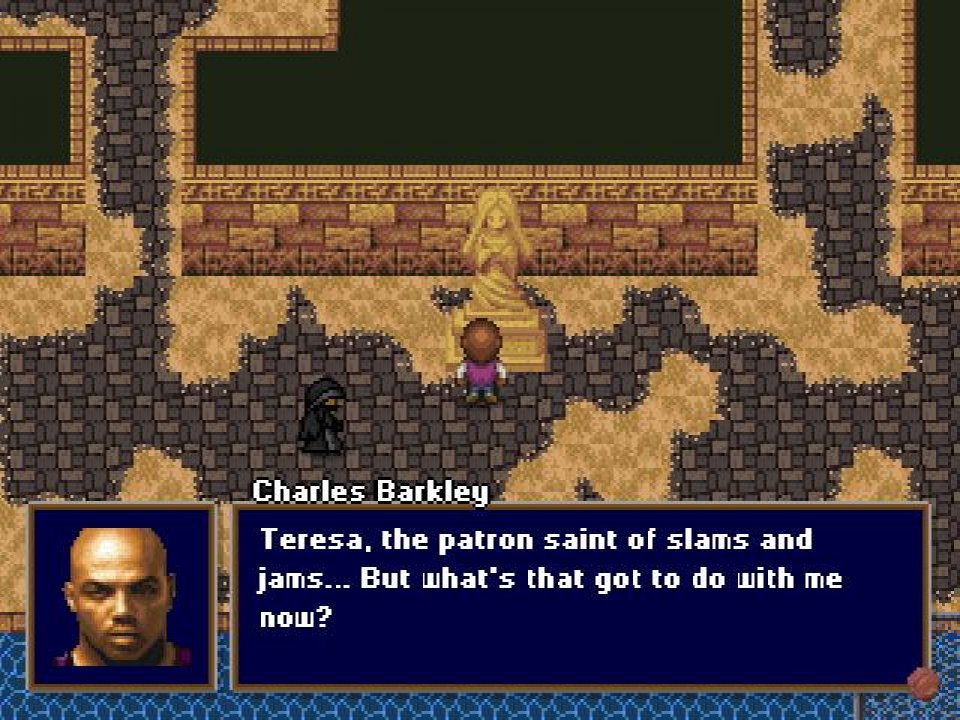 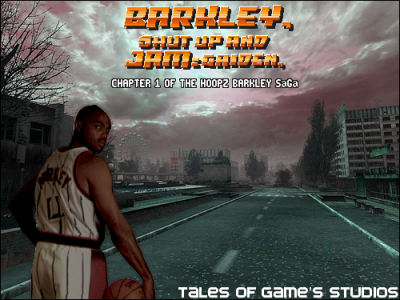 Barkley, Shut Up and Jam: Gaiden, Chapter 1 of the Hoopz Barkley SaGa

The Great B-Ball Purge of 2041, a day so painful to some that it is referred to only as the “B-Ballnacht”. Thousands upon thousands of the world’s greatest ballers were massacred in a swath of violence and sports bigotry as the game was outlawed worldwide. The reason: the Chaos Dunk, a jam so powerful its mere existence threatens the balance of chaos and order. Among the few ballers and fans that survived the basketball genocide was Charles Barkley, the man capable of performing the “Verboten Jam”… Flash forward 12 years to the post-cyberpocalyptic ruins of Neo New York, 2053. A Chaos Dunk rocks the island of Manhattan, killing 15 million. When the finger is put on the aging Charles Barkley, he must evade the capture of the B-Ball Removal Department, led by former friend and baller Michael Jordan, and disappear into the dangerous underground of the post-cyberpocalypse to clear his name and find out the mysterious truth behind the Chaos Dunk. Joined by allies along the way, including his son Hoopz, Barkley must face the dangers of a life he thought he gave up a long time ago and discover the secrets behind the terrorist organization B.L.O.O.D.M.O.S.E.S. A tale of zaubers, b-balls, and atonement; brave dangers unheard of, face spectacular challenges that even the greatest ballers could not overcome, and maybe… just maybe… redeem basketball once and for all in: Tales of Game’s Studios Presents Chef Boyardee’s Barkley, Shut Up & Jam: Gaiden, Chapter 1 of the Hoopz Barkley SaGa. 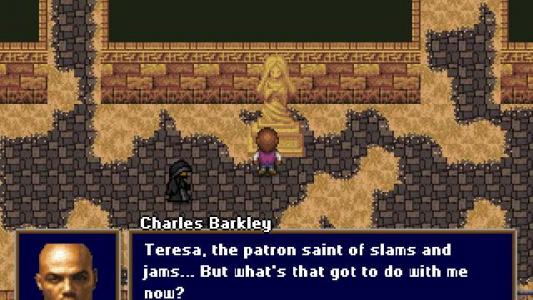