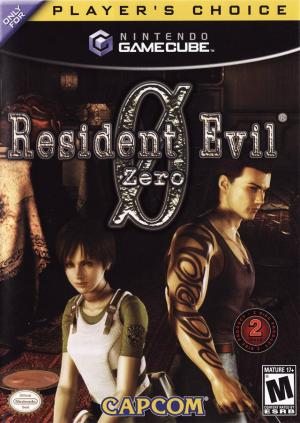 On July 23, 1998, special police S.T.A.R.S. Bravo Team is sent to investigate a series of grisly murders in the Arklay Mountains region outside of Raccoon City. On the way to the scene, the team's helicopter is sabotaged and crash lands in the forest. The team discovers an overturned military police transport truck and the mutilated corpses of two officers. After the team splits up, field medic Rebecca Chambers finds a zombie-infested train stopped in the middle of the forest. After a little exploration, she teams up with former Marine Billy Coen, a man the military police were escorting to his execution, and the two explore the remaining train compartments, combating zombies, swarms of strange leeches and a mutated scorpion. As the train begins speeding out of control towards a cliff, the two manage to apply the brakes and divert its course towards an abandoned research and training center. The pair investigate the underground facility, facing off against the Umbrella Corporation's experiments: mutated insects, spiders and primates. They discover that the former operator of the facility, Dr. James Marcus, along with Ozwell E. Spencer and Edward Ashford, discovered the Progenitor virus, a strain of which causes rapid mutations when combined with the ebola virus. Ashford originally wanted to use the virus to help the handicapped through its regenerative effects, but after his death, Spencer and Marcus began research on its applications for bio-weapons, combining it with leech DNA which eventually led to the formation of the infectious T-virus, causing the zombie outbreak. After a showdown with a gigantic bat inside a church, Billy is attacked by a T-virus infected primate and becomes lost inside an underground laboratory. While searching for him, Rebecca meets Bravo Team captain Enrico Marini. He tells Rebecca about "an old mansion which Umbrella uses for research" not far from the facility. Rebecca declines Enrico's offer to follow him there, instead deciding to continue her search for Billy, eventually finding him washed up on a walkway. After fighting the Tyrant together, the two eventually meet Marcus and discover that he caused the outbreak. Marcus had operated the facility until his assassination by two of Umbrella's prominent scientists (acting under Spencer's orders). During his dying moments, his pet queen leech had entered his body and reproduced exponentially over ten years, absorbing his DNA and memories and bringing him back to life. Marcus proceeds to split into a mass of leeches, before chasing Rebecca and Billy through the facility. As the Queen Leech, Rebecca, and Billy continue to fight, the facility's self-destruct mechanism is activated. After being injured due to a brief exposure to sunlight, the monster is paralyzed when the overhead entrance to the laboratory is opened just as the sun rises. Rebecca throws Billy a Magnum and he delivers the final shot to the Queen Leech. As the facility crumbles, the two escape into the forest and come to a halt on a cliff overlooking the Spencer estate. They salute one another after Rebecca declares Billy "officially dead." Each goes their own way, with Rebecca heading towards the mansion to investigate the whereabouts of Bravo Team.