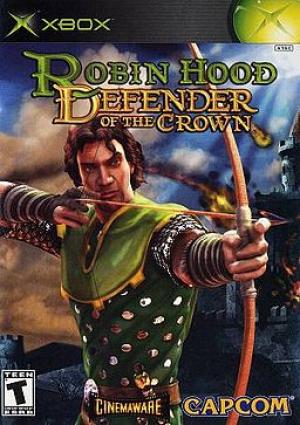 Robin Hood: Defender of the Crown

It is a time of great unrest in England. With King Richard the Lionheart held for ransom, the evil Prince John, seizes the throne, and declares himself the King of England. The entire nation soon falls into civil war as greedy nobles war amongst themselves and Prince John sends forth armies to shackle the country under his unjust rule. In this time of lawlessness, only an outlaw can lead the people to freedom. One man, the embodiment of true honor, vows to save his people and restore peace to the land. This man is known as Robin Hood. From the small-scale skirmishes with the Sheriff of Nottingham in Sherwood Forest, Robin finds himself drawn into the larger the battlefields of England, and the hero of the poor must become the savior of an entire nation.