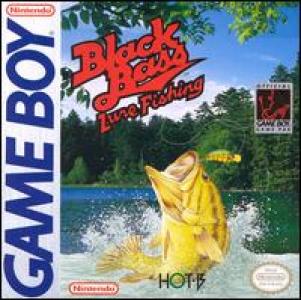 There are only two lakes to fish at and a limited set of lures; unlike the Super NES video game Super Black Bass. Casting is done on an overhead view with a meter for the direction and another meter for the shadow of the fish. Trout, pike, catfish, and the infamous black bass can all be caught in this game. The Game Boy Color version allows players to play against 99 AI-controlled fishermen. Tournament hours are twelve non-real time hours long and all locations are fictional. Each game originally came with a 40-page instruction manual and a precautions booklet. Both versions of the game notify players when they have lost their lure and/or their fish through a text-based message. Once a player runs out of a certain kind of fishing lure, it cannot be recovered until the next gameplay.