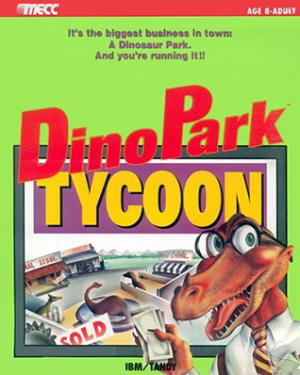 DinoPark Tycoon is an educational business simulation computer game released by MECC in 1993. A school version of the game was released for use in elementary schools. In the game, players run a theme park which features dinosaurs as its main attraction. The goal of the game is to care for the dinosaurs while keeping the park clean, organized, and well maintained.