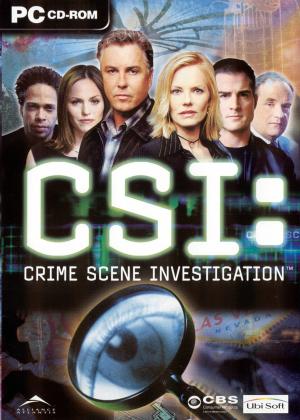 CSI: Crime Scene Investigation is a computer game based on the CSI: Crime Scene Investigation television series. The game was developed by 369 Interactive, published by Ubisoft, and was released for the PC in 2003. It was also ported by EPCConnect and published by Aspyr on the Macintosh. This game, like CSI: Miami and CSI: 3 Dimensions of Murder follows a distinct pattern of five cases, with the fifth case tying together the previous four.