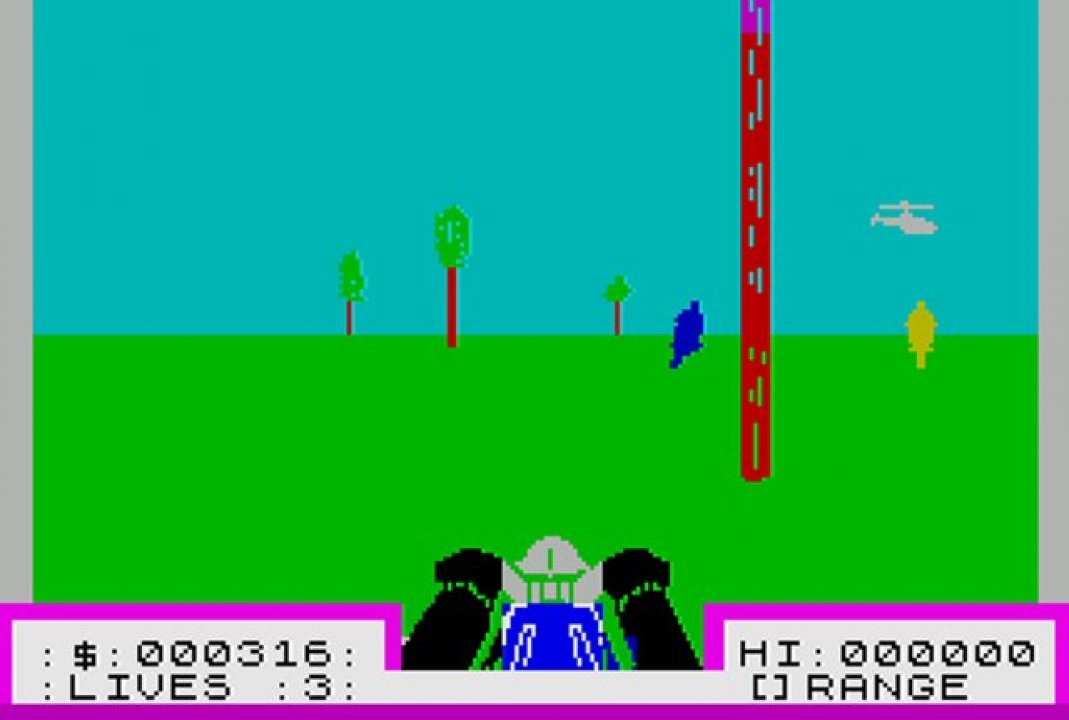 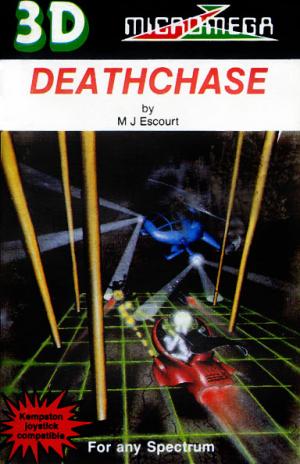 Deathchase is a 1983 computer game written for the ZX Spectrum by Mervyn Estcourt and published by Micromega in the UK and Ventamatic in Spain. It is commonly known by the incorrect name of "3D Deathchase", perhaps due to the prominent "3D" on the inlay, and that some magazines incorrectly referred to this title. The player controls a motorcycle-riding mercenary as he pursues two other motorcycles, one blue and one yellow, through a forest. Each enemy motorcycle destroyed is worth $1000 (i.e. points) to the player. The player's motorcycle is equipped with forward-firing guns with which to shoot its quarry. The projectiles can be controlled mid-flight simply by steering the bike. If both enemy motorcycles are destroyed, the player moves to a night version of the same level. If both enemy motorcycles on that level are destroyed, the player moves on to a daytime level of the next stage (with more trees to avoid). There are also tanks and helicopters which appear on the horizon and can be shot for bonus points. The game takes place over eight stages. When stage eight is completed, the game returns to the start. 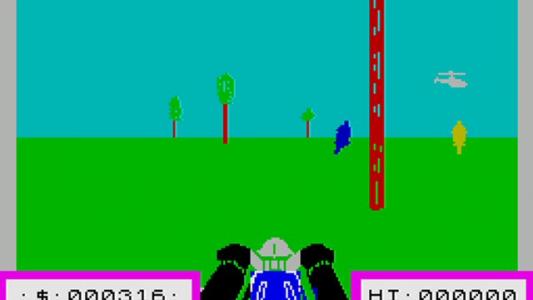