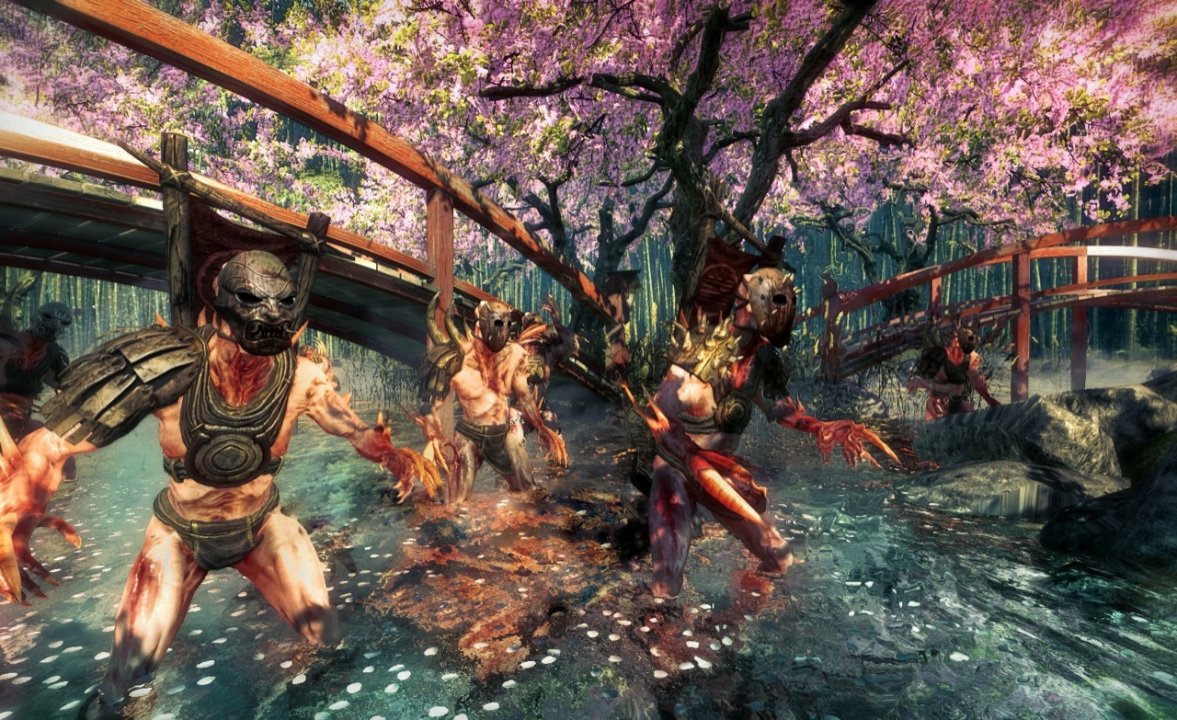 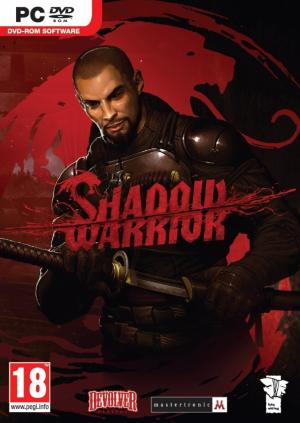 Shadow Warrior is a single-player first-person shooter where players take control of "Lo Wang" from a first-person perspective as he fights through levels of demonic hordes.[3] Levels themselves are divided into chapters, each with Wang progressing through smaller stages that have side and hidden areas, occasionally allowing another route or flexibility with movement in combat.[4] Wang is equipped with various firearms that require ammunition that can be found throughout stages. Firearms range from fictional versions of pistols, submachine guns, shotguns, and rocket launchers.[5] These also include secondary firing modes that allow players to alternate between the rates of fire. Non-firearm weapons include crossbows and throwing shurikens, along with the fiery demon head of the original. In addition to firearms, Wang’s signature weapon is the katana that while is for use in close quarters combat, it is also very effective against enemies. Different swings and strikes can be utilized depending on different computer key and mouse movement combinations, creating unique moves of varying effectiveness depending on the enemy type.[5] For example a well-timed decapitation can instantly take down a foe or a large swing can strike multiple opponents at once. It can also be used as a quick strike when using firearms in closer quarters.[4] The katana can also slice up enemies into multiple pieces.[4] Enemies themselves vary in strength, size and attack pattern. Some enemies will aggressively attack head on while others use projectiles or other abilities to hinder Wang’s effectiveness in combat. Certain enemies can also be hindered or only killed through the removal of certain limbs, as opposed to others than can be taken down more simply. The game also features boss fights that are unique, only appearing at certain points in the game and much more formidable in combat, usually requiring key points of attack.[6] Wang can upgrade his abilities and weapons with multiple forms of in-game currency for different aspects.[6] "Money" is gained throughout level progression and locating it in levels and is used to upgrade weaponry such as recoil reduction, laser sights and the ability to duel-wield one handed guns. "Karma" points are gained through how well the player performs in combat, like well aimed gun shots and katana moves such as headshots and limb removals (indicated briefly in-game) or large deposits hidden within stages.[3] The points can be spent on new skills such as increasing healing and damage output, while also allowing new katana moves and luck bonuses. Finally there are "Ki Crystals" that can also be found hidden in levels that allow Wang to learn new powers that can be used in combat, including shockwave attacks, health and damage properties and stunning or manipulating enemies.[5] These new abilities are represented through tattoos on Wang’s body. Wang’s health is indicated through the in-game head-up display. After taking damage, health