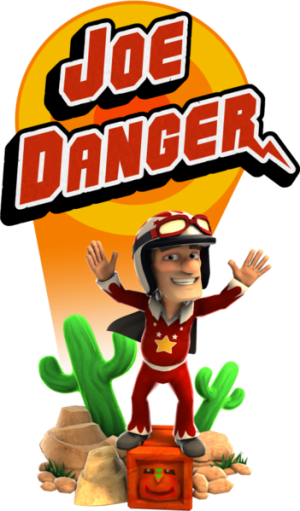 The player controls motorbike stuntman "Joe Danger" and guides him through ten "trials" to defeat his nemeses, the members of Team Nasty. The game uses elements of both racing and side-scrolling platform genres, in which the protagonist can move to the right and, by reversing, to the left as well as hopping over and ducking under various obstacles. Although the game is based on a two-dimensional plane, some of its courses are designed with three layers accessible by changing lanes. The bike is controllable in the air allowing various tricks to be performed, for which points are awarded with higher scores awarded for long trick sequences, and for manoeuvring onto targets. Executing a stunt will build a "boost meter", which is used to increases Joe's speed, but drains the meter. The Select button is used to teleport Joe back to the last checkpoint passed.