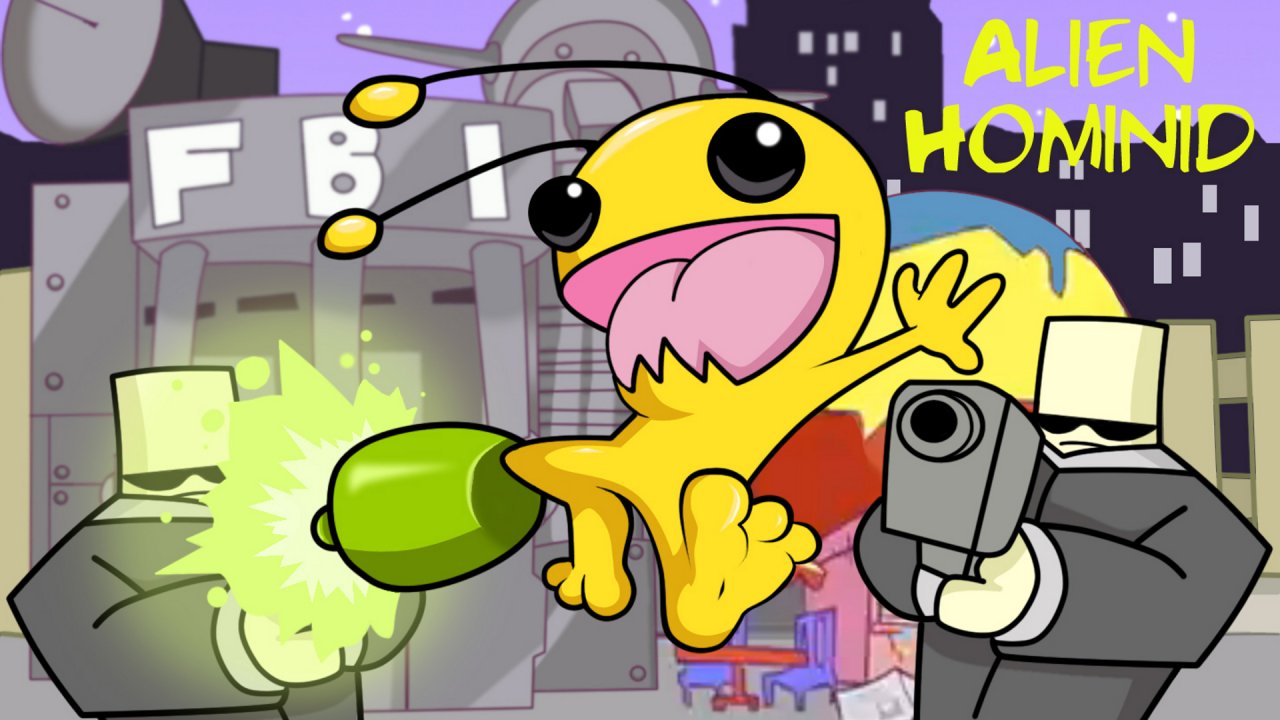 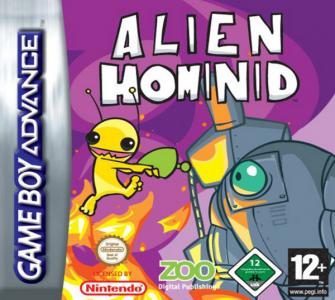 He's been shot at, shot down, stolen from and probed. It's time to get even. The game is a side-scrolling shooter in a similar vein to games like Metal Slug, where one hit instantly kills, and can be played simultaneously with one or two players. Players play as the titular hominid who has to fend off waves of secret agents. His main arsenal is a blaster, while players can also melee close-up enemies and use a limited number of grenades. Advanced moves include rolling under shots, jumping on and biting off enemies' heads, temporarily scaring other enemies, and digging underground and dragging enemies down with them. 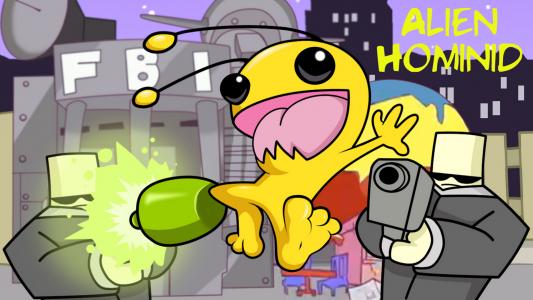