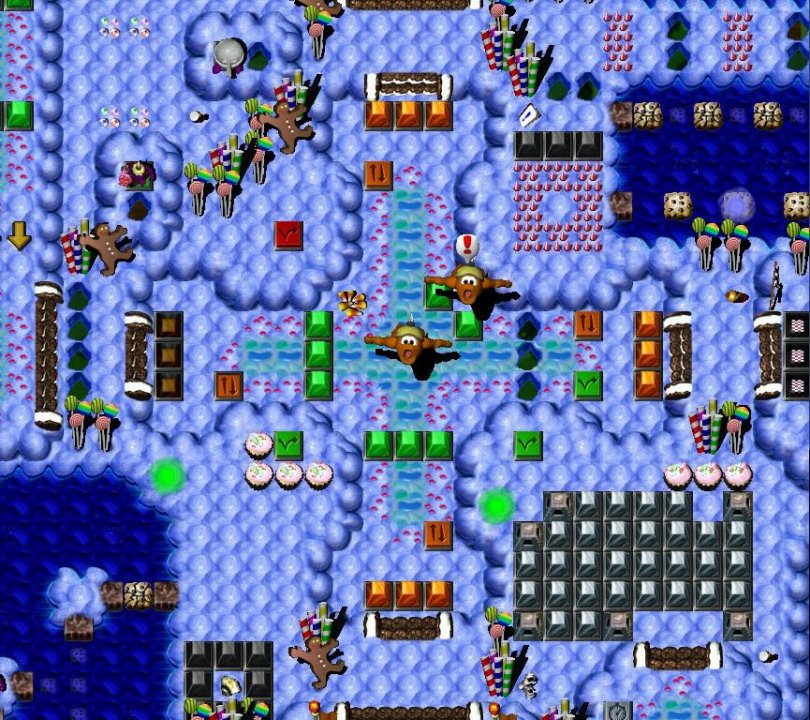 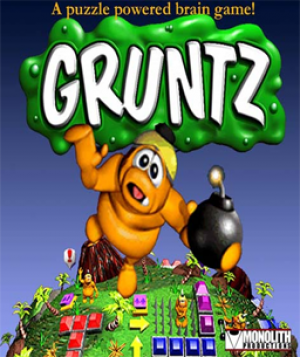 Take control of the Gruntz, a lovable and annoying batch of creatures trying to find their way home. After fleeing through a wormhole to avoid an attack by their evil cousins, the Disgruntled, they are stranged in a strange world and have to fight their way back home. The game is half-puzzle, half-strategy. Your Gruntz move around the map collecting items, activating switches and killing Disgruntledz. The overall goal in the single player, or Questz, game is to recover 36 pieces of the warpstone. There are four pieces scattered in each of 8 different worlds. Each level requires you to retrieve the warpstone piece and take it to the Gruntz king on that level. http://pc.gamespy.com/pc/gruntz/ 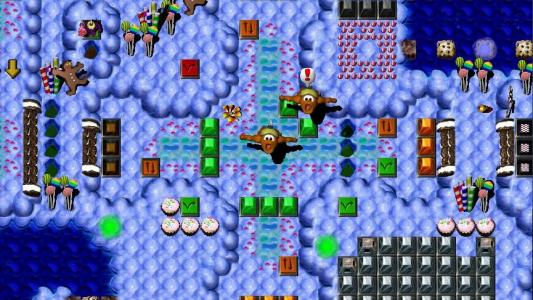