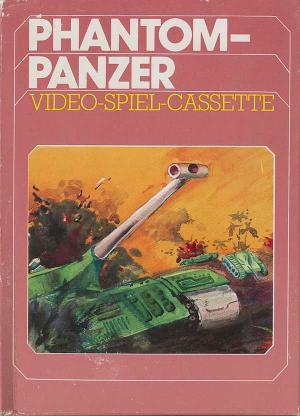 In Phantom-Panzer, the player takes control of an assault vehicle in order to defend their "energy base" at the bottom of the screen from the attacking phantom tanks. The game consists of three phases: the first phase takes place in a city and looks like a maze. It offers relative protection with the building walls. The second phase has the enemy tanks crossing two bridges over a river, but there's practically no cover. In the third and final phase, it's an all-out battle with the phantom tanks aggressively charging in on the player's base and no obstacles to stop them.