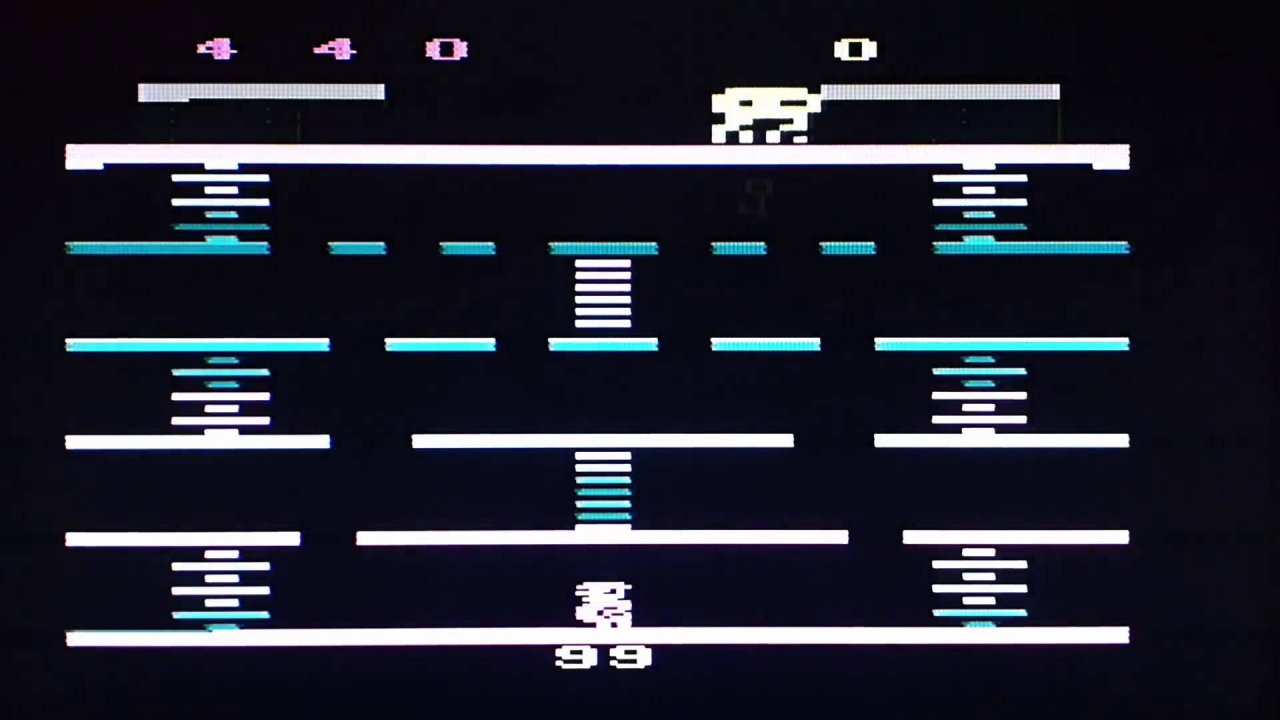 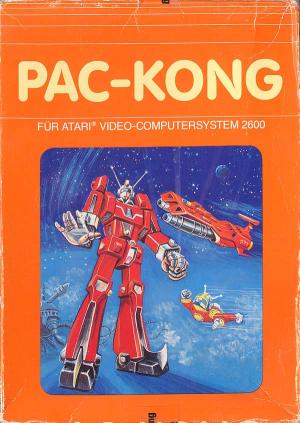 Pac-Kong plays very similar to Donkey Kong. The player controls an "adventurer" (called Kong in some versions of the game) and has to reach the treasures the evil octopus hid away. Each level consists of a series of platforms that are interconnected by ladders. The only action the player can take besides moving around is pressing fire to make the hero jump. This is necessary to get across the gaps between some of the platforms. At the same time, the player has to avoid the smaller octopi as well as clouds of poison gas which move around the screen randomly. Once the player reaches one of the treasure chests at the top of the screen they won the level and a new round starts. 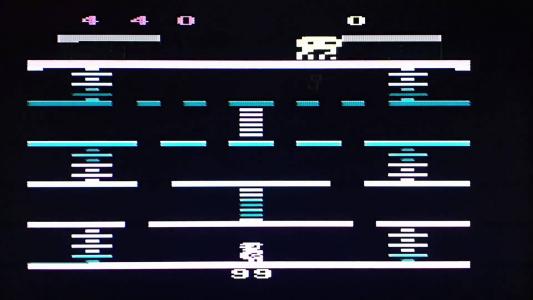