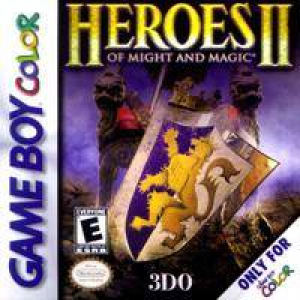 If you love role-playing games, you're sure to be jazzed about the fact that they've started releasing more of them for the Game Boy Color. Now you can take the power of the influential HEROES OF MIGHT AND MAGIC series with you wherever you go, challenging yourself with the intense action of this awesome sequel. Choose from a selection of unique hero types (including eight new ones) to take through this epic quest, gathering resources, creatures, and additional party members along the way. In addition to the new hero types, there are an amazing 30 total character classes for monsters those you control and those you fight against. The object is to gather enough material to create an entire army, taking your force into battle against those of enemy warlords. Dedicated fans of the series will definitely want to pick this one up as there is material that is exclusive to this GBC-only release. Don't have a GBC? Well, this is a perfect excuse to pick one up.