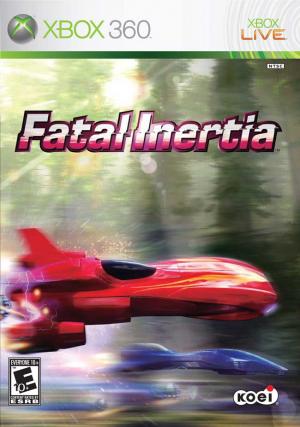 Fatal Inertia is a futuristic hovercar racing game from Koei. Originally an exclusive for the PlayStation 3, it was released for the Xbox 360 in 2007 and then released on the PlayStation 3 on May 29, 2008 in Japan, June 19, 2008 in North America and July 15, 2008 in Europe as a download on the PlayStation Network under the title Fatal Inertia EX. The PlayStation 3 version was initially delayed because of difficulties with the Unreal Engine 3 on the console, due to the cell processor's architecture.[1] The game is set in the mid-22nd century Earth, and a handful of immense corporations control virtually all business, politics, and entertainment. Extreme sports have become one of the main sources of entertainment with Fatal Inertia as the most popular.[2] Competitions take place far from cities due to the high level of danger.[3] There are six different racing environments that are divided into fifty-one courses.[4]