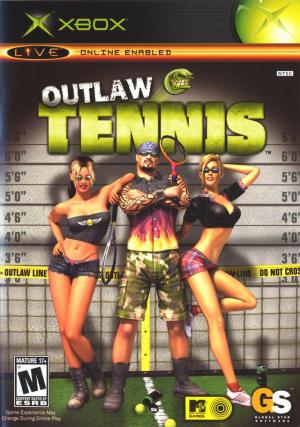 Serve up a Killer Miller ace on the wildest courts around in Outlaw Tennis! Hit the clay, grass, or snow courts with Summer and the gang while beating the living snot out of one another with fists and racquets. Then take your game online and give your friends a mouthful of green felt. Outlaw Tennis is a video game based on the sport of tennis published for the Xbox and PlayStation 2, and the last game in the Outlaw series to be released in 2005. Actor and political satirist Stephen Colbert provides the voice of the game's announcer.