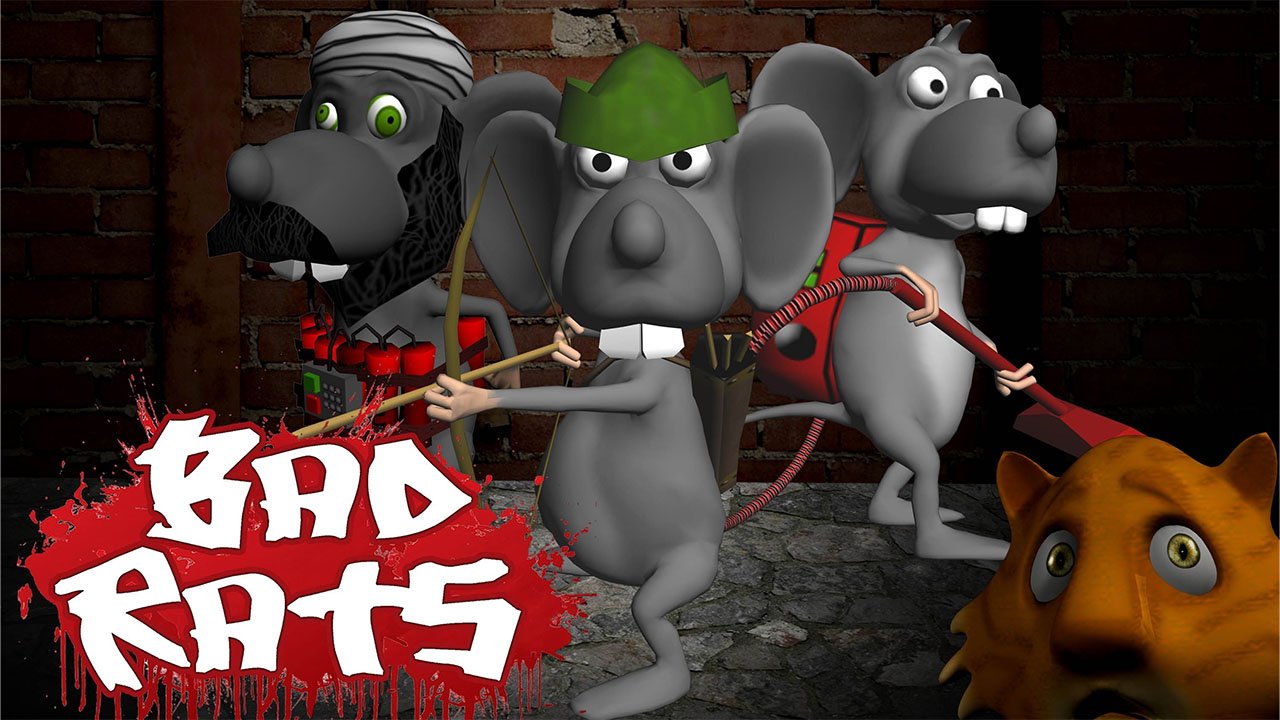 Bad Rats is a physics-based puzzle game involving rats who want to strike back at the cats that have been terrorizing them for years. Similar to the basic mechanics of The Incredible Machine, contraptions need to be devised to get the cats killed. In 44 levels, including a tutorial, tools from an inventory can be dragged into a scene to be placed at a specific location. Next, through a menu, actions such as rotation, flipping or adding a timer can be applied. These include inanimate objects such as barrels, boxes and planks, but also balloons, umbrellas, trampolines and super rails, which can be connected to other items. Players also get access to ten types of rats, each with different abilities. Some can hit objects to send them flying, or they explode, fly, or can move objects using a tractor. 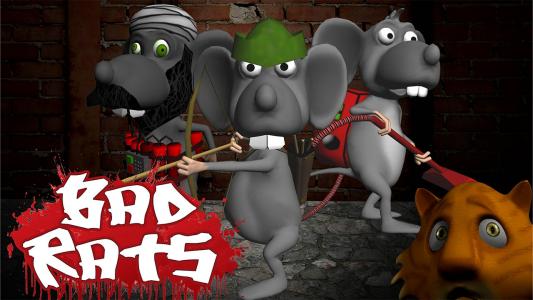