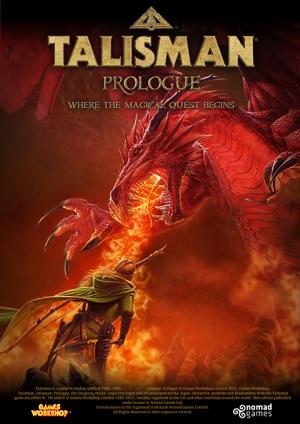 Talisman Prologue is an adaptation of the classic Fantasy board game Talisman by Games Workshop. This version focuses on single play structure. As the slogan says, this is where the Magical Quest begins. For those unfamiliar with this classic world of fantasy adventure, Talisman is a game like no other – indeed, it is no ordinary game but a fantastic quest in a world of magic and monsters. As you play, a story unfolds from turn to turn: a heroic epic of brave deeds, daring encounters, treasures and magic, of battles won and lost, but always a tale that enthralls!