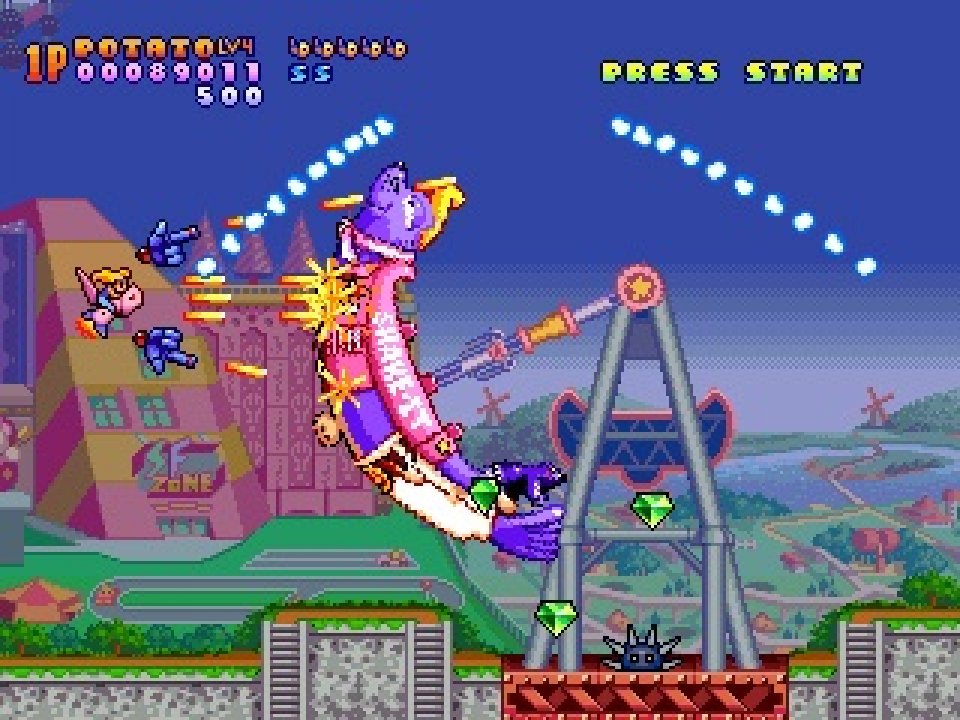 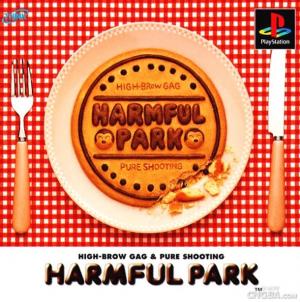 Harmful Park was only released on the Playstation in Japan by a small company named Sky Think Systems. It's your standard 2D side-scrolling shooter, except set in a bizarre amusement park. As the (relatively lengthy) introduction tells you, an evil scientist has taken over Heartful Park and is using it for nefarious purposes. One of his colleagues aims to stop him, but she's old to do it herself. So, she commands her two slacker daughters to save the day, equipping them with some kind of flying motorcycle armed to the teeth with strange weapons. 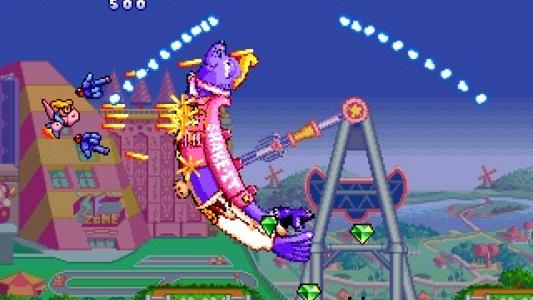